Cancer is the name given to a collection of related diseases. In all types of cancer, some of the body’s cells begin to divide without stopping and spread into surrounding tissues. Cancer can start almost anywhere in the human body, which is made up of trillions of cells. Normally human cells grow and divide to form new cells as the body needs them. When cells grow old or become damaged, they die, and new cells take their place.

Tobacco use is the cause of about 22% of cancer deaths. Another 10% are due to obesity, poor diet, lack of physical activity or excessive drinking of alcohol. Other factors include certain infections, exposure to ionizing radiation and environmental pollutants. In the developing world, 15% of cancers are due to infections such as Helicobacter Pylori, hepatitis B, hepatitis C, Human Papilloma Virus infection, Epstein–Barr virus and human immunodeficiency virus (HIV). These factors act, at least partly, by changing the genes of a cell. Typically, many genetic changes are required before
cancer develops. Approximately 5–10% of cancers are due to inherited genetic defects from a person’s parents. Cancer can be detected by certain signs and symptoms or screening tests. It is then typically further investigated by medical imaging and confirmed by biopsy.

When cancer begins, it produces no symptoms. Signs and symptoms appear as the mass grows or ulcerates. The findings that result depend on the cancer’s type and location. Few symptoms are specific. Many frequently occur in individuals who have other conditions. Cancer is a “great imitator”. Thus, it is common for people diagnosed with cancer to have been treated for other diseases, which were hypothesized to be causing their symptoms. People may become anxious or depressed post-diagnosis. The risk of suicide in people with cancer is approximately double. 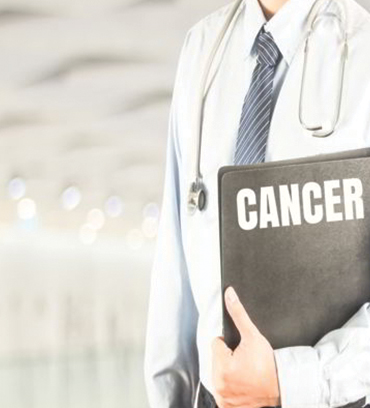