Like diabetes, hypertension and cardiovascular disease, rise in breast cancer incidence in India can also be attributed to some extent to lifestyle factors that increase a woman’s risk of developing the disease.

While age, sex, ethnicity and genetic predisposition are risk factors that are constant for all women across the world, there is a group of modifiable risk factors whose ascendance is believed to have increased the incidence of breast cancer in recent years.

According to the reports breast cancers have badly attacked women population in India. A survey carried out by Indian Council of Medical Research (ICMR) in metropolitans viz. Delhi, Mumbai, Bangalore and Chennai from 1982 to 2005; has shown that the incidences of breast cancer have doubled. 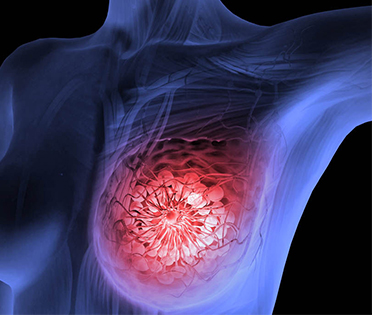 Breast cancer has therefore trumped cervical cancer to become the most prevalent malignancy among women in India, particularly in urban areas which have witnessed a radical lifestyle and behavioural shift in the past two decades.

Indian cities and urban centres have witnessed major lifestyle and behavioral shifts including greater independence of women and their increased participation in professional fields. This has led to delayed marriages, pregnancies, reduced the number of pregnancies as well as duration of breast feeding while increasing consumption of oral contraceptives. At the same time, a turn towards sedentary lifestyles, increased obesity, smoking and drinking are all factors that contribute to increasing risk of breast cancer among women.

At the same time, women who breastfeed have a lesser risk compared with women who do not breastfeed. The longer the duration of breastfeeds, the lesser the risk.

Breast cancer develops from breast tissue and is characterized by signs such as a lump in the breast, change in breast shape, dimpling of the skin, and fluid coming from the nipple or a red scaly patch of skin. The incidence of breast cancer in Indian women is still lower than their counterparts in first world countries. However, the numbers are rapidly increasing. Moreover, despite relatively lower incidence, mortality remains higher in India as compared to western world where awareness about breast cancer and widespread breast cancer screening have reduced mortality.

According to estimates of World Health Organization (WHO), roughly 144,937 women in India were detected with breast cancer in 2012 and 70,218 died of breast cancer, making it one death for every two new diagnoses.

In India the average age of developing a breast cancer has undergone a significant shift over last few decades. Almost 48% are below 50 years. An increasing number of patients are in the 25 to 40 years of age which is a very disturbing trend.

While one cannot control risk factors such as age and genetic susceptibility, here is a list of modifiable risk factors that contribute to a woman’s risk of breast cancer:

Studies have also linked delayed pregnancies with increased risk of breast cancer. The older a woman is when she has her first full-term pregnancy, the higher is her risk of breast cancer. Increased median age of marriages as well as adoption of family planning practices are common characteristics of urban behavioral lifestyle. In India, use of oral contraceptives also remains high as compared to other forms of contraception. Some studies have shown that women who use oral contraceptives (birth control pills) are at a higher risk of becoming breast cancer victims in comparison to women who don’t use them.

Lack of physical activity which contributes to obesity as well as other forms of disrupted body mechanics is today also considered a risk factor. Regular exercise is necessary as it controls blood sugar and limits blood levels of insulin. Insulin in turn is capable of affecting the growth and behavior of breast cells. It also helps maintain BMI.

While smoking and drinking are habits that are usually associated with cancers of the lung and liver, there are indications that excessive smoking and consumption of alcohol also increases a person’s risk of other forms of cancers.

Late presentation directly decreases long term survival of the patient. Because of the lack of awareness about breast cancer and screening of the same more than 50% of breast cancer present in stages 3 and 4 in India. In the west, majority of breast cancers (more than 75%) present in early stages resulting in good survival. India needs to reach this achievement and it is only with aggressive promotion of screening and awareness and proper treatment that India will achieve this.

Breast Cancer can be treated with the following ways