What is Cervical Cancer ?

What are the risk factors of Cervical Cancer? 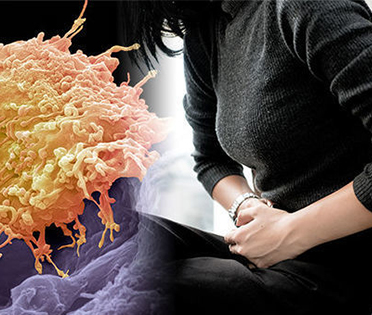 What are the symptoms?

Cervical cancer can usually be found early by having regular screening with a Pap test. Women with early cervical cancers usually have no symptoms. Symptoms often do not begin until the cancer becomes invasive and grows into nearby tissue. When this happens, the most common symptoms are-

These symptoms can also be caused by conditions other than cervical cancer. For example an infection can cause pain or bleeding. Still, if you have any of these suspicious symptoms you should consult your doctor. Ignoring symptoms may allow the cancer to progress to a more advanced stage and lower your chance for effective treatment.

How is Cervical Cancer diagnosed?

Cervical cancer is diagnosed by colposcopic biopsy from abnormal areas of cervix. Colposcope has magnifying lenses that allow doctors to see the surface of the cervix closely and clearly.
Doctor may also need to do cystoscopy (examination of bladder), proctoscopy (examination of rectum ) and examination under anaesthesia to ascertain extent of involvement.
Imaging studies like chest x-ray, CT scan or PET-CT scan are carried out to exclude spread of the cancer.

Common types of treatment for cervical cancer include–

Often a combination is used.

What is the role of radiotherapy in curing Cervical Cancer?

Is surgery the only option ? When does it become mandatory?

Surgery is carried out in precancerous stage and in early stage of cervical cancer. When cervical cancer involves tissues around the cervix then surgery alone may not cure the cancer but radiation therapy along with low dose chemotherapy can cure the patient without surgery. So, surgery is not the only option.

After your treatment ends, it is important to go to all of your follow-up appointments so that your doctor has the opportunity to examine you and help you with treatment related side effects and can also detect recurrence of cancer early if that happens.